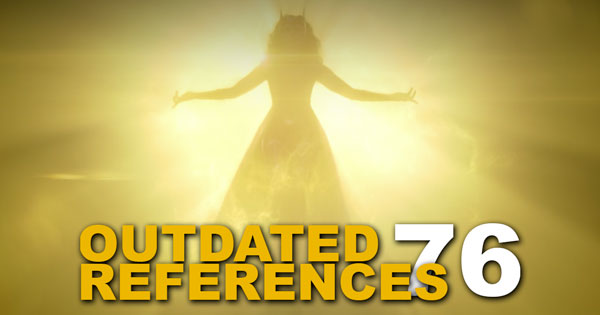 Living up the the name "Outdated References", we are playing major catch up and post a few more episodes back to back to back in the next coming week. This episode we discuss the Wandavision episode "Previously On." Stay Tuned!

Apple PodcastiHeartRadioLibsynStitcherTwitch
at April 18, 2021 No comments: 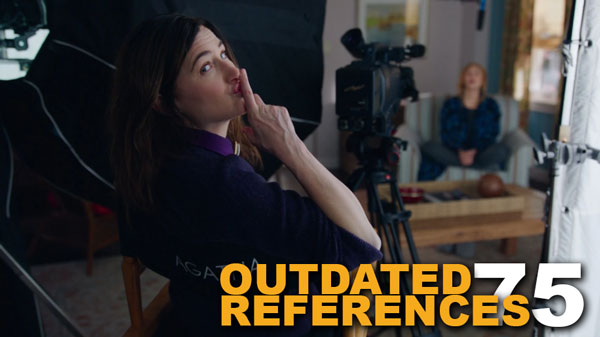 Catching up on the backlog still. This week it's a Agatha Harkness episode. More to come! 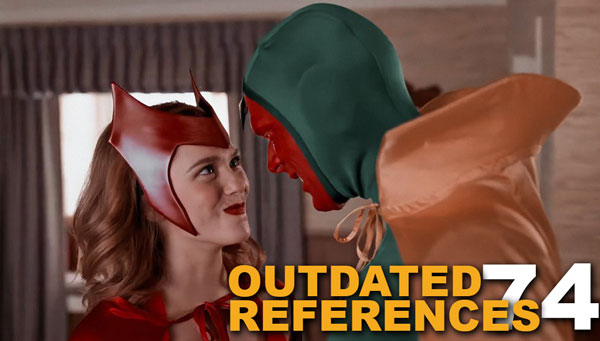 It's been a while since our last episode and the Bias Bros are doing our best to chisel away at the backlog. Sorry, life and health has got in the way of the show. Worry not, the rest of the WandaVision discussions will be out soon! 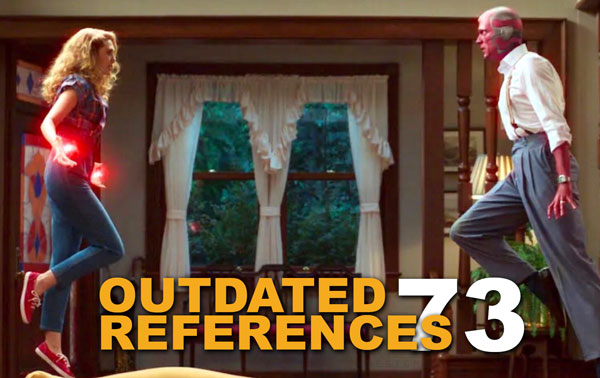 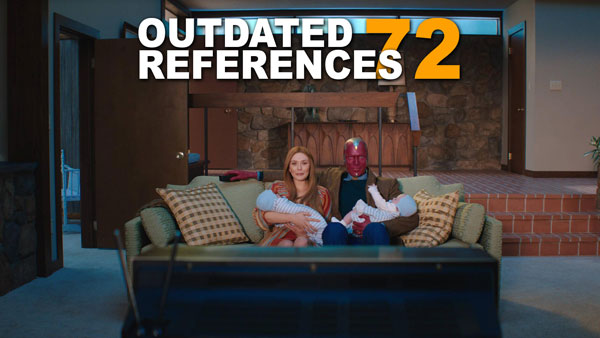 Russ, Adam, Coral and me all chat about Wandavision. Holy crap this show is getting better and better each episode and this week doesn't disappoint. 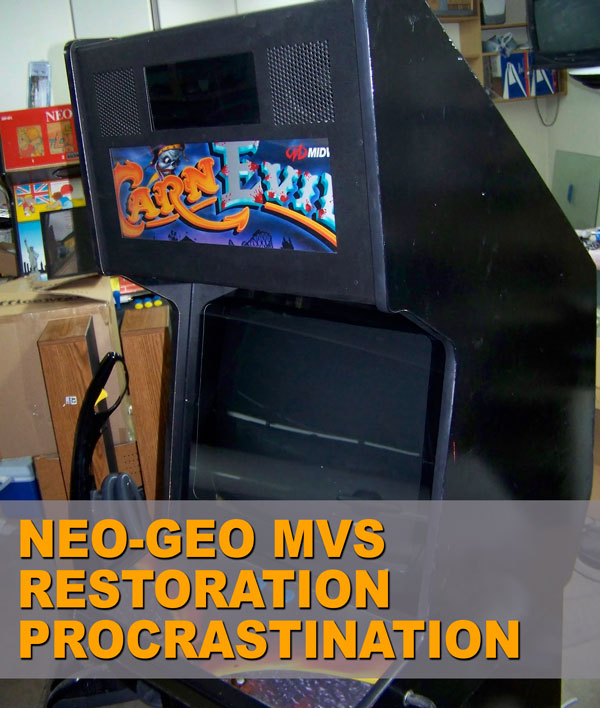 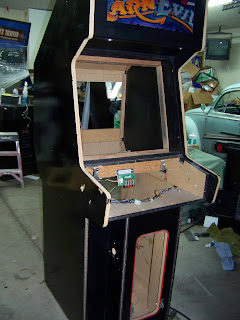 Back in 2007, I purchased arcade cabinet that was a carcass of one of my favorite arcade machines, a Neo-Geo MVS 4 Slot. All the unique components that made it a Neo-Geo was ripped out and was converted into one of my most loathed on-rail shooters, CarnEvil. Seriously, I really do hate CarnEvil and seeing that game inside a Big Red frame made me want to restore this cabinet into is former glory. So, I paid $200 for a machine that had some much potential in becoming one of and did my best to make this into one of my most desired machines. I dragged this machine into my garage and started my restoration. I started with removing the marquee and the control panel overlay. Sadly, I had to throw the original panel cover away because I wanted to replace it with a new Neo-Geo MVS overlay. I then removed all the light gun cabling and proceeded to fill in the holes with bondo. I pulled out the coin mech, only to literally throw it away on accident during one of my many moves. You see, I had this cab half-finished but for a good chick of time, it sat inside a storage unit because I did not have the space to work on it and during one of my many moves between apartments, the coin door was placed in a pile of scrap that got tossed out with the trash. So yeah, freaking awesome.
Read more »
at February 08, 2021 No comments: 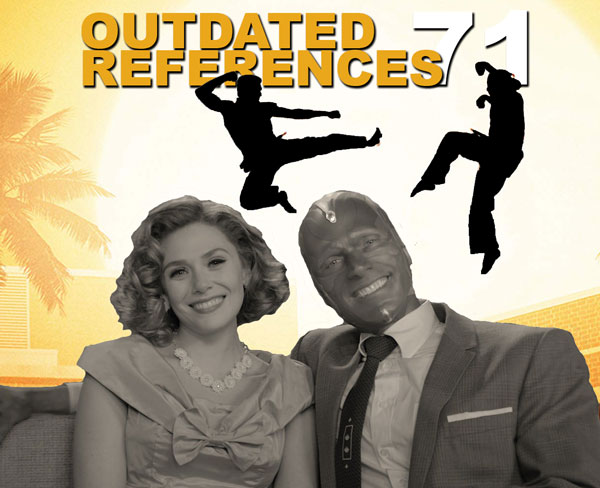 This week, we have Russ, Coral, Jeremy and myself as we catch up from me flubbing last week's episode, where I forgot to press the record button (damnit,) then to go into our three season Cobra Kai spoiler discussion and then dive into the three crazy episodes of the world of Marvel's WandaVision. Fun times!

Outdated References 70: That Hope is You, Pt 2 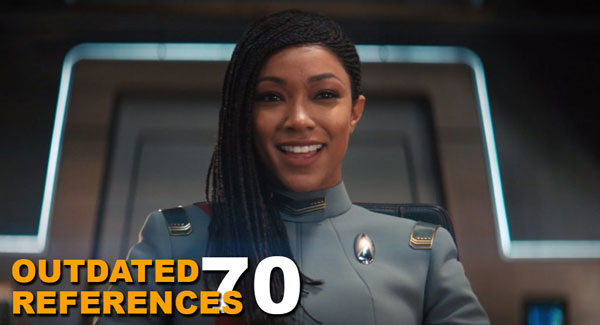 This week, Russ, Adam, Coral, and Nathan discuss the insurrection at the US Capital, games we been playing, artwork style in Comics, Manhwa, Manga and webcomics, then we moved to the main discussion of Season 3 Finale of "Star Trek Discovery."  Eventually Jeremy shows up to add his 2 pence with our Pixar "SOUL" spoiler discussion. 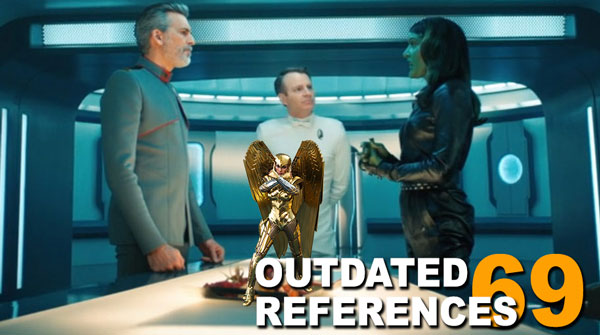 This week, the full crew is on and we talk about family names, twisted teas, stimulus checks, Star Trek Discovery Season 3 Episode 11 & 12, plus our reaction to Wonder Woman 1984 in this spoiler filled podcast. 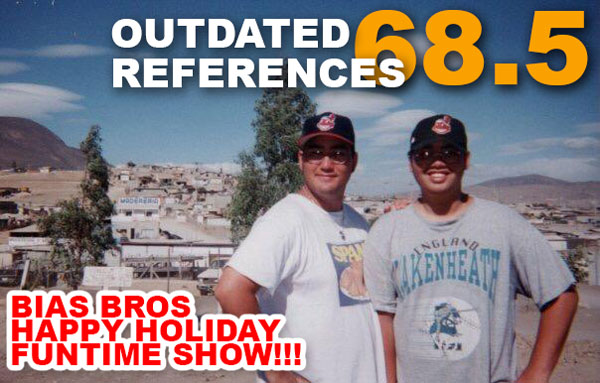 If you are ever curious about what two brothers talk about on their own time, then here you go. We talk about each other's Christmas day, eventually chatting about everything from Star Trek, Dragon Ball Z, Star Wars and back to Star Trek, because we are sci-fi geeks.  It was fun to just let loose and just banter with my brother. I hope you enjoy listening to this episode as we have recording it.

From the crew of Outdated References, Happy Holidays and Happy New Years! 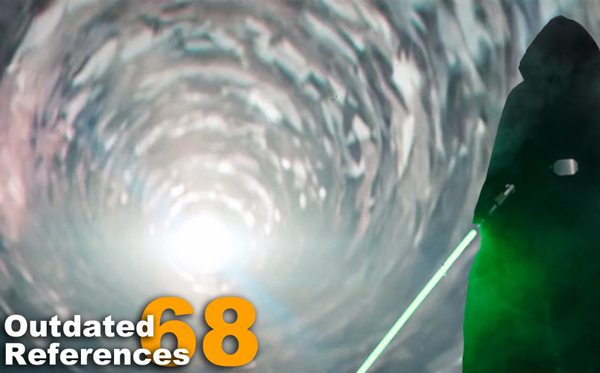 This week, Adam, Russ, Coral, and myself chat with the aftermath of Adam's ear infection, Paprium has actually arrived for the Sega Genesis, more Breath of the Wild appreciation talk, Cyberpunk 2077 failed to win us over, we eventually talk more about Star Trek but eventually go directly into this week's main discussion of Star Trek Discovery Terra Firma Part 2 & The Mandalorian The Rescue.